If you’re thinking about buying a home near Winthrop University and have an interest in the arts, then you’ll be happy to know that you’ll have access to the seasonal productions of the College of Visual and Performing Arts, which is known for putting on a student-directed one-act play every semester. 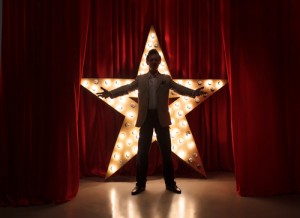 In addition to checking out the Fall One-Act Festival, we recommend checking out some of the other performances being put on by the College of Visual and Performing Arts, including The 39 Steps, which will run from October 28th through November 1st at The Studio Theatre. Although the play is adapted from the novel by John Buchan, you may be more familiar of the story from the Alfred Hitchcock film adaptation. You may also want to attend the Winthrop Dance Theatre Concert directed by Meg Schriffen, which will take place at the Johnson Theatre from November 12th through November 15th.

Superior customer service is #1 to Randy and he provides this to all of his clients using knowledge, professionalism, integrity and persistence.

Randy is a successful and experienced real estate agent who expertly represents both buyers and sellers. Scores of Charlotte area residents have trusted Randy in the process of listing their homes to sell.

Reviews on Zillow
1425325
"Randy was very easy to work with. He was open and honest, and always there to answer any questions or concerns we had. He was available and worked ... more "

5.0/5.0
by Diana Holliday
1422016
"My wife and I worked with Randy to sell our home located in the Lake Wylie area. Great job of preparing the information and advertising for the ... more "